Our pedagogical team is entirely dedicated to the success and well-being of our students.

This team is made up of challenging and talented teachers who we know can make a difference in your children's education. We believe in constant learning and therefore encourage the training of our staff to ensure that all our teachers are up to date with the latest teaching techniques and methods.

Holder of a Bachelor's degree in History (Speciality: numismatics, Greek and Latin epigraphy), a Professional Bachelor's degree in Town and Country Planning (Speciality: management of environmental resources in rural areas) and a Master's degree in Teaching, Education and Training (MEEF) (Speciality: training, teaching and research), M. Romain Ronciaux has been working for many years in the world of education as a boarding school teacher, sports instructor, head of household, private tutor in Europe and teacher of History-Geography. He arrived at the Ecole des Roches in 2013 as housemaster and has been teaching History and Geography to Middle school students since 2014. An enthusiast of ancient history and lost civilizations, Mr. Ronciaux is also the initiator of the Rocks Trek Tour, Média Roches, S.P.A.R.T.E and “l’Atelier” project, all of which are educational and fun projects that our students are passionate about. .

Holder of a Master's degree in Mathematics and a university diploma in Differential Geometry, Mrs Agnès Comte-Quelennec obtained, at the age of 22, the Aggregation of Mathematics.
Professor of French National Education for nearly 20 years, she first taught in a High School in Oise, then, in 2003, she was seconded to the Ministry of Foreign Affairs, where, within the framework of the AEFE, she spent eight years as a teacher at the Lycée Français of Koweït, then in Nigeria. In 2011, she returned to France, left the French National Education system and  became a mathematics teacher at ESIEE, an engineering school in Amiens, then joined the Ecole des Roches in 2016. Within the School, she teaches Mathematics at the High School, in both the International Baccalaureate and French Baccalaureate programmes. As part of the reform of the French Baccalaureate, she chose to become involved in the newly created teaching of the "Numerical and Computer Science" Specialty. 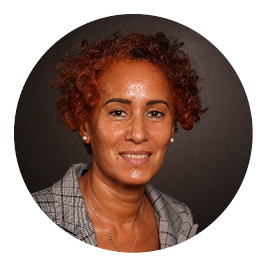 After a Scientific Baccalaureate in Casablanca, Morocco, Mrs. Bouchra Sorgues continued her university studies and obtained a Master's degree in Natural Sciences at the University of Nice Sophia Antipolis. She then prepared for the CAPES exam at the IUFM of Nice. In addition to her position as Professor of Biology at the Middle School, which she has held since 2001, Mrs. Sorgues and her husband have also been Housemasters since 2006. They have been managing the Maslacq House since 2013, where Mrs Sorgues has been Head of Housemasters since 2017. Mme Sorgues is also passionate about dance, a passion she shares with her students in Maslacq house, for fun or to prepare performances at the school's Cabaroches. 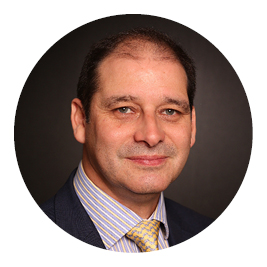 Mr Ivor Gemmell joined the Ecole des Roches in September 2017 and has been teaching Economics and Business Management as part of the International Baccalaureate. He also supervises student’s Extended Essay. Prior to joining Ecole des Roches, Mr. Gemmel taught at SEK Ciudalcampo, a leading IB school in Spain, and also at the Saudi School in Madrid, where he was part of the coordination team. Before becoming a teacher, Mr. Gemmel worked as a Business System Consultant specialising in streamlining of sales, business development and customer relationship and document management processes.

"There are also very good teachers and a very high education level. If one has gaps, we can ask the professors for help. My parents are very satisfied with my academic results."